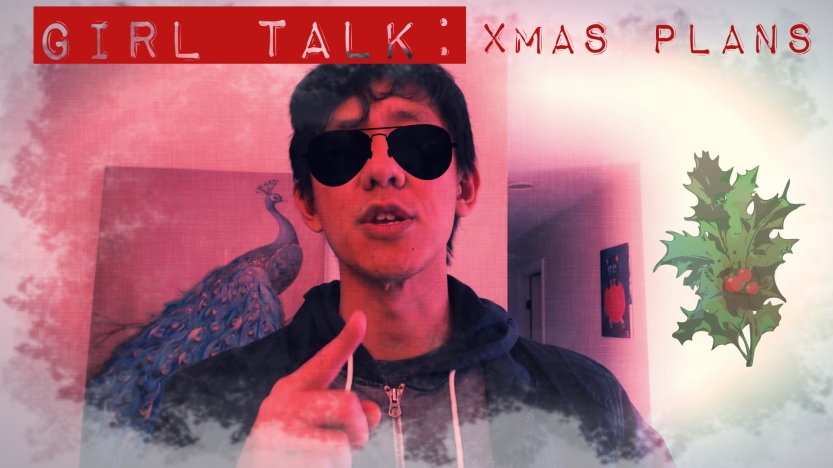 In my first year, I honored that and flew back. By the summer of  2010, I had spent a good chunk of cash on two more trips for friends’ weddings. Three trips back to the US before a full year of working was unheard of!

That winter I wasn’t going to be going anywhere for sure.

I was kind of excited, actually, to see what Christmas in Japan would be like with my own eyes. The year before, I had the break-up that turned my life around [ed note: I should probably put that story to rest in its own write-up, eh?] so I knew that even an uneventful holiday shouldn’t be so bad.

But I can’t lie, the decorations and scenery slowly started to eat at me. You see, in Japan they treat Christmas just like another glorified Valentine’s Day. There’s no sense of family, charity, and goodwill. It’s all about the Christmas honey, honey! Extra lovey-dovey kudos if you’re able to set up something on Christmas Eve.

So while I was trying to keep my feelings in check and not get too hyped on finding the girl of destiny, I started to think I should do something. I reached out to a friend I knew from college and was thrilled she was interested in meeting up on the day.

The only real “catch” was that I needed to go to her area. This meant forking up $100+ to ride the bullet train from Toyama Prefecture to Tokyo.

We hadn’t really been in touch. I was really trying to go into the day without any pressure. Seeing her again was nice– and just that. Nothing more or less.

I thought this was good. I could enjoy this time for what it was: spending Christmas day with a cutie. We chatted some at a cafe. We walked some around the block. And then, with a little twinkle in her eye, she had something she wanted to tell me.

Whatever could it be? Perhaps the key to all this romance stuff really was playing it cool and having no expectations.

It was a really long train ride back. I haven’t talked to her since.

Now what’s the lesson to be learned here? Despite my best intentions, were my expectations subconsciously too high? Maybe.

Quick sidenote: over the years, I’ve changed my attitude towards “setting low expectations”. It’s not so much you have to be so careful, and you shouldn’t live your life trying so hard to avoid disappointment. You just need to shape yourself to be able to move past disappointment.

But that’s a lesson that’s better served with a different girl story.

The big takeaway from this bad Christmas tale is this:

Don’t ever have your sights, your plans,
your sense of joy so dependent on another person.
That’s got to be all on you.
Your vision, your goals, your happiness–
that’s all on you.

It would take my several more years to nail down this idea. The romance, the girl, the dating– that stuff isn’t supposed to be a “payoff”. That stuff isn’t a reward that’ll turn your life around and make you happy.

Does it add to your life? Definitely! At least, a good relationship will.

More importantly: doing your own things, having your own plans, and then finding someone who’s excited to join them is way, way, way more satisfying.

Without family and friends around that year, I was right in thinking I should’ve done something. But that something should’ve been my own thing– plans that didn’t hinge on someone else to make it a success.

Have you ever spent Christmas alone?